After more than two decades of selling vintage jewelry and fashion online, I decided to open an independent Metro Retro Vintage website.  Or rather, re-open the site after all of these years, since so much has changed since the early "wild west" days of the Internet.

I plan to continue selling on Etsy and even on occasion, on eBay, however, it is freeing to have a central location for all of the jewelry, clothing, and accessories to call "home".   Won't you stop by and let me know what you think?

It is still a work in progress, but like all good homes, I'll continue to build it one virtual brick at a time. 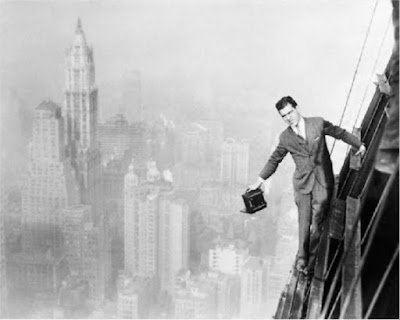 Posted by Metro Retro Vintage at 9:02 AM No comments:

The Artistry of the Japanese Kimono

A series of antique kimonos and traditional Japanese garb were on exhibit from September of last year through January 2015, at the Metropolitan Museum of Art’s, “Kimono: A Modern History”.

Included among the many clothing displays, were items from Western and contemporary designers who drew their inspiration from Japanese culture, as well as examples of Western influence on Japanese fashion.

Here are some featured displays from the exhibit. 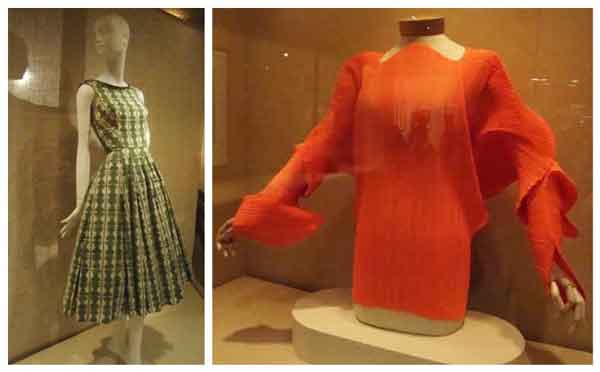 (L) “The Rice Bowl Dress” by Carolyn Schnurer, from her Flight to Japan collection, 1952.  Emphasize is placed on a reversed Kimono neckline, and a pleated skirt inspired by Japanese oilcloth parasols.
(R) Persimmon colored shirt with spiraling sleeves by Issey Miyake, 1991. 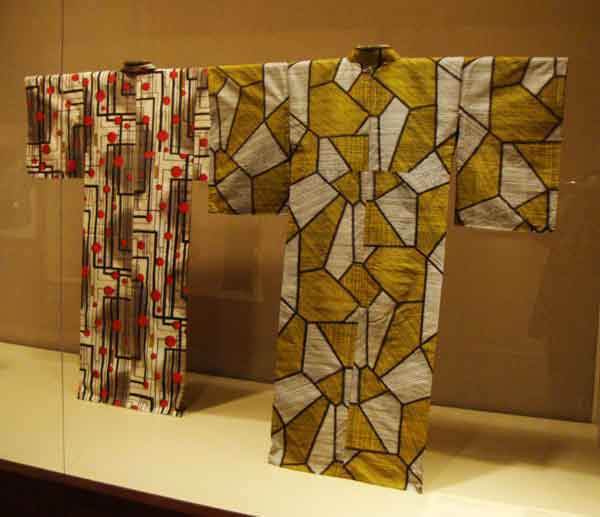 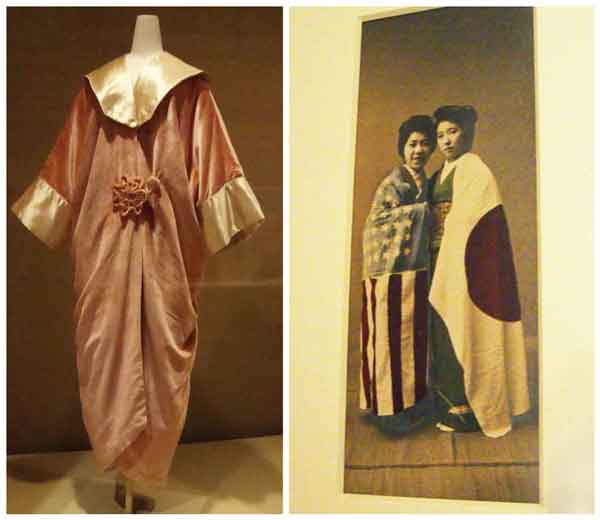 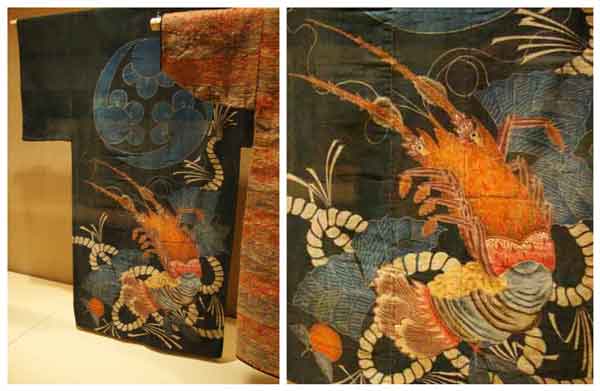 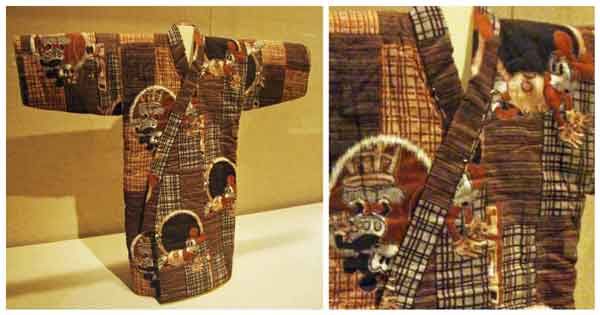 Posted by Metro Retro Vintage at 7:46 AM No comments:

Dressing for the Dearly Departed

A large salon decked with mourning garments, jewelry, and accoutrements of the 19th century filled the exhibit hall featuring “Death Becomes Her: A Century of Mourning Attire” at the Metropolitan Museum of Art in New York.

In an interesting juxtaposition of “mourning as fashion”, the exhibit explores the custom during the 1800’s and early 1900’s of elaborate funerary dress governed by the strict grieving etiquette of the upper class, primarily in England and the United States.


Although social conventions of the time required black clothing as acceptable mourning wear, many of the fashions on display were far from somber, exhibiting fanciful beadwork, fine lace, lush velvets, brocades, and other elaborate accessories worn by the well to do -- including hats trimmed with large ornamental feathers or an entire perched bird, finely embroidered gloves and silk fans, and black lacy parasols with fringed tassels.

Among the royals, there were several opulent ball gowns of “half-mourning” – including a pale mauve silk tulle evening gown by couturier Henrique Favre.  Layered with shimmery metallic sequins and deeply scooped décolletage, the court dress was worn by Queen Alexandra in 1902, a year after Queen Victoria’s death.


In a small side room, several examples of memento mori jewelry were on display including a heavy necklace of black Whitby jet chain links suspended with carved pendants, small lockets which held a strand of hair or colorfully painted miniature of a departed loved one, enameled rings engraved with a weeping willow, tomb stone, or other symbols of grief, and other sentimental keepsakes that could be worn or carried.


The exhibit only runs through February 1, 2015, however, if you’re unable to visit, the museum is digitizing several outfits from the collection and making them available for online viewing.

If you’re in town and want to see how Victorians once “lived”, check out this interesting exhibit.

Posted by Metro Retro Vintage at 3:35 PM No comments:

Metro Retro Vintage
New York
I am a vintage jewelry and clothing aficionado and began selling online in 1994 and on eBay in 1997. I am also a silversmith, and member of the "American Society of Jewelry Historians" and the "Vintage Fashion Guild". I currently sell on Etsy as "Metro Retro Vintage". You can visit me at www.metroretrovintage.com

Member of the Vintage Fashion Guild 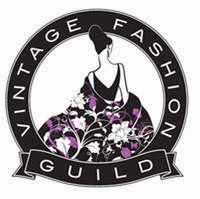